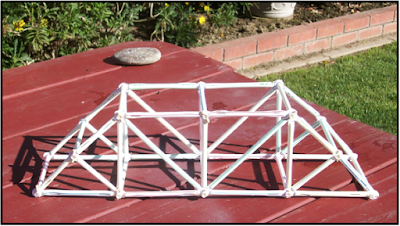 STEM is the current educational buzzword among math and science educators. The acronym stands for Science-Technology-Engineering and Mathematics. It’s an attempt to integrate the four disciplines with the goal of attracting more students into studies that lead to jobs in the booming tech industry.
Educators that focus on the K–12 grades work within a longstanding tradition for mathematics and science but there is very little widespread agreement as to what constitutes the content of K–12 technology and no agreement as to which branches of engineering are appropriate for K–12 students to study. Educators have not identified the core concepts for the various branches of engineering. What does the electrical engineer know and do that makes it different from aeronautical engineering?
To answer this question for myself I decided to research Civil Engineering because students are natural ‘builders’ as evidenced by their love of Legos and other construction sets. I shared this view in three earlier posts.
Alphabet Blocks—May 30, 2015
http://www.grandadscience.com/2015/05/alphabet-blocks.html
Building  Block Towers—July 4, 2015
http://www.grandadscience.com/2015/07/building-block-towers.html
Alphabet Blocks and Civil Engineering 101—July 17, 2015
http://www.grandadscience.com/2015/07/alphabet-blocks-and-civil-engineering.html
The found out that the core of civil engineering is made up of five 'construction' forces and six 'structural' elements. I soon realized that the forces and structural elements could be taught to grades 4–12 by having them build and analyze a few simple structures. For example, a bridge.
One of the six structural elements is called a truss. A truss is subjected to two of the five construction forces, compression and tension. Let's build a truss bridge and then, in later posts, identify the compression and tension forces in a simple truss. Hopefully the building process will stimulate kids to learn the engineering concepts.
I designed a set of bridge components I call 'connectors'. The connectors set the angles for the plastic straws that represent the beams of the bridge. In the diagram shown below, the connectors (printed on card stock) are shown in the proper positions to build one of the two truss needed for the bridge.

A measured section of plastic straw is slipped over one end of the connector and then fastened to the other connector using a short section of card stock and white glue. A finished truss is shown below.

The truss is amazingly strong. Slip the hook of a metal coat hanger through the hole in the top center of the truss. Pull on the connector directly below the hook until the arms of the coat hanger begin to bend. You will 'feel' the strength of the truss as you pull.
Make a second truss, use plastic straws to connect the two trusses together and you have the Warren Through Truss bridge as shown in the picture at the top of the post.
All of the patterns for the connectors, instructions, and a bit of history of the Warren Truss can be obtained without cost to you by sending an email request to grandadscience@gmail.com. Once I receive your request I will email you the materials in the form of PDF files.
This is an excellent project for any parent, grandparent, or other adult to do with kids. Sometimes it helps to have an extra pair of hands.
Posted by grandadscience at 4:37 PM 3 comments:

Which is the stronger force?

I recently finished the book Why Science Does Not Disprove God by Dr. Amir Aczel. Towards the end of the book he recommends that the reader perform a simple experiment to prove that the force of magnetism is stronger than the force of gravity.

"The force of gravity, even though it is the one we feel the most, is in fact the weakest of the four forces of nature. Gravity is forty orders of magnitude weaker than the electromagnetic force. You can perform an experiment to prove it: Place a small paper clip on a table. 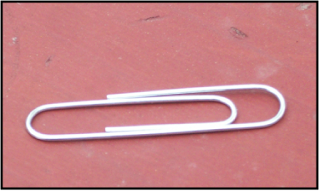 The force of gravity, exerted on the paper clip by the entire planet underneath the table, is keeping it in place. Now take a small magnet and lower it down toward the paper clip. 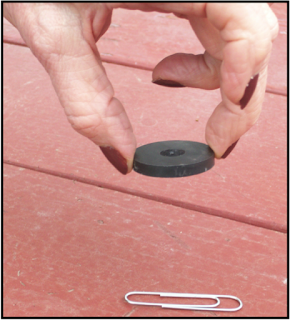 When you get close enough to it, the paper clip will jump up and stick to the magnet. 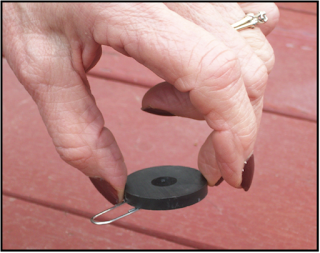 This shows you that a very small magnet can overcome, using the electromagnetic force it generates, the gravitational pull on the paper clip that is exerted on it by the entire Earth."

The “four forces of nature” he references are the force due to gravity, the electromagnetic force, the weak nuclear force, and the strong nuclear force. The last two forces operate only at the atomic level whereas the forces in the above experiment operate, as he says, at our level.
As long as I've known about the gravitational and electromagnetic forces I have never until now thought about the "attractive" power created by the mass of the Earth and the greater "attractive" power contained in a 1 1/4" diameter magnet. Even grandadscience learns something new almost every day.
Posted by grandadscience at 2:43 PM 3 comments: